And the cast of characters grows.

So by now we’ve all heard about the this story, wherein the Attorney General of the great state of Vermont has gone after the scanner dudes:

MPHJ and its principals may have gone too far. They’re now the subject of a government lawsuit targeting patent trolling—the first ever such case. Vermont Attorney General William Sorrell has filed suit in his home state, saying that MPHJ is violating Vermont consumer-protection laws.

William Sorrell, lightsaber in hand (and how ironic is that because lightsabers use light and scanners use light so it’s pretty much exactly the same thing, is what I’m saying), has gone on a troll hunt. 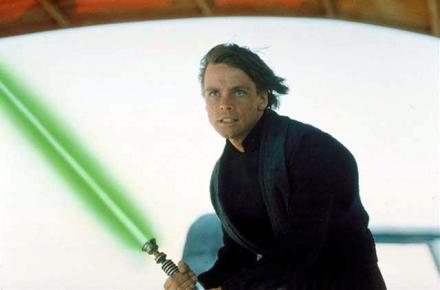 I didn’t take this picture.
Disney now owns it.
George Lucas? I hope you didn’t make a big mistake.

In just the same way that our farm boy hero jumped on the rebellion bandwagon to try and take down Lord Darth Vader, that empty shell of a machine who was nothing more than a puppet for Emperor Palpatine,  Mr. Sorrell has lept into the patent fray to try and take down the other “most notorious troll” in the  game.  And boy, did he pick a winner.  The cast of characters in this party?  Don’t that beat all.

There’s a saying in Texas that I think best suits this image:  “All hat, no cattle.”  Ahem.  Read all about them folks here in the Arstechnica write up by Joe Mullin.

I don’t know what’s in the water in Vermont, but evidently they grow some serious investigative skills up there:

But Vermont investigators were able to get additional information not available to defense lawyers (or journalists). For instance, they discovered that there were forty different shell companies sending out the letters, all under the control of MPHJ.

The thing is, the actual merits of the case (they’re going for violation of consumer protection laws) don’t really matter.  What really matters is that Vermont is bringing the party to the trolls, going on the offense.   And they’re doing it on two fronts:  this lawsuit as well as a new bill that, if made law, will allow for penalties for “bad faith” lawsuits.  Like that doesn’t cover 99.9% of all patent litigation, am I right?

Joining the ranks of the Braveheart guy, Vermont is tackling this issue head on.  Which of course makes them a de facto Patent Superhero:

This one I can claim. Totally photoshopped this bad boy.

I WROTE THIS TOO