A few weeks ago (was it days ago? I can’t remember..between all the rain and gloomy clouds in the Houston area for the past FOREVER AND A DAY and the time change and Robert DeNiro being sick, I can’t figure out which way is up these days) some guys at Stanford published a paper about how patents <> innovation.  For the un-mathed among us, “<>” is equivalent to “not equal to”.  <– See, that’s pretty funny if you think about it.

Allow me to introduce Robert DeNiro, my (now) 11 week old labrador retriever, who is a bit of a hot-house flower and gets very sick if you so much as look at him cross-eyed.

But then this morning on The Twits (if we can call it The Googs, we can call it “The Twits”, amiright?) I found this article by another guy at Stanford.   Mr. Haber, we’ll call him, because that’s his name, posits that patent trolls not only exist, in stark contrast to the opinion of many inventors and people wont to disavow us of the notion of patent reform, but that they are good for innovation.

So I have a question…do you people at Stanford ever talk to one another?  Ever get together over coffee or a game of Jenga?  Do you vet your theories with one another before you spout off at the study/blog post and completely contradict one another?  Just askin’.

Mr. Haber says that not only do patent trolls exist, but that they:

may actually benefit inventors and the innovation economy,

[offering] insurance and liquidity [to inventors],

Is this news?  Because, honestly, didn’t someone (ahem) and probably other people say this exact same thing long about three, four years ago?  Yes, yes she did (queue quote from backgrounder):

Now, it could be argued that the purpose of an NPE is altruistic, in that they provide a way for inventors to both obtain a patent in the first place, and to seek compensations for their use by the Big Guns of industry.  This happens in two ways:  Firstly, Bob the Inventor from Boise, Idaho is not very wealthy.  The patent process is long and expensive and confusing (hello? It’s the government we’re talking about here) and he will need help getting his invention in front of the patent examiners and that nice big GRANTED stamp he needs on the final paperwork.  NPE’s help people do this.  They provide the money up front plus a little extra for Bob, in exchange for either owning the patent outright at the end of the process, or taking a license to it.

You can tell how long ago this was written because back then, PAE was NPE.  So there’s that.  If the Gaye’s can get money out of Pharrel and Thicke for what they did, I oughta be able to pay off the house with what Mr. Haber just said because it’s the same thing I, and many others, have already said.  The idea of a patent holder needing an intermediary is not new or even particularly loathsome.  It’s not even the same thing as a patent troll, it’s sort of in a way, the opposite.

In patent trolling (try and follow me here), the PAE proactively seeks out the patent, usually an old and bad one, and litigates with it. 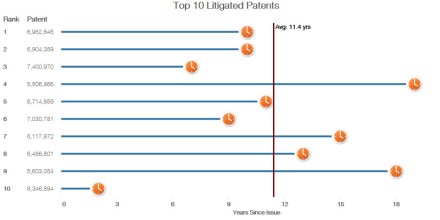 How is that the same thing as a PAE who’s helping an inventor get his idea into a product?  Jiminy Cricket, folks, it’s not.

Besides which, didn’t we just learn from Robin Feldman & Mark A. Lemley that patents don’t equal innovation anyway?  So why would you say that we need PAEs (which you mistakenly, in this case, equate to patent trolls) to help people with their patents if patents aren’t going to help us innovate?

Seriously, you all should introduce yourselves.  I can help, I’m a bit of a matchmaker in my spare time…just ask all my unmarried friends.  Oh wait, I don’t have any.  See? I’m that good!  I can hook you all up, gimme a call.

Before I go, I have to call out one more quote from the Haber article:

As he said, “It not like someone puts a gun to someone’s head and says, ‘Sell me your patent.'”

Getting serious for a moment, which y’all know is super hard for me, I disagree.  I think that companies like Intellectual Ventures and IP Nav do exactly that on occasion.  They prey on inventors who don’t understand the system or who have no where else to turn (like to Ideal Asset, for example) and they take them for all they’ve got.

I like Stanford because it’s cool and nothing but smart people abound, but ya’ll should really sync up on your patent position.

{Image of RobbieD from me.  Image of Top 10 Litigated Patents also from me.}

One thought on “Professors At Stanford Do Not Have Coffee Together, Study Shows”

I WROTE THIS TOO